We are now nearly two years into this enterprise we call Journey Press, and there’s no sign of stopping. Along the way, we’ve learned lots of lessons, made a few mistakes, and had a rollercoaster of a ride. As a member of the #writingcommunity, I see the thousands of aspiring and current writers hustling to make their passion work for them: the traditionally published, the small press published, the self-published.

I’ve had several requests recently to share our story, so starting today, I’ll be putting out a weekly article detailing an aspect of our business and how it relates to yours. The knowledge we’ve gotten of the publishing world and how to get books into the readers’ hands is not widely available – at least, I haven’t read a lot of what you’re going to read on anyone else’s blog. You’re going to learn all our best tricks, and we’re not even going to charge for them.

After all, a rising tide floats all boats!

This first article will set the stage. How I started as a writer and what led to the decision to create my own publishing house. It may inspire some of you to do the same. Or, as you read on in the series, you may quickly determine that publishing is not for you. That’s valuable, too.

Nevertheless, I can guarantee that, even if you go the traditional publishing route or the self-publishing through Amazon, etc. route, there will be tips of value to you.

So without further ado…

I’ve been writing science fiction since I was 14. I turned in a piece for extra credit in math class one morning, a story about premonitions of doom being based on neurons communicating via tachyons rather than electrical impulses. As the day wound on, students kept coming up to tell me how much they enjoyed it, which confused me because how could they have read it? Turned out my teacher liked it so much, he’d read it aloud to every single subsequent class.

Lesson 1: Your audience grows one at a time, and you never know which ones will be the superspreaders of interest in your work! 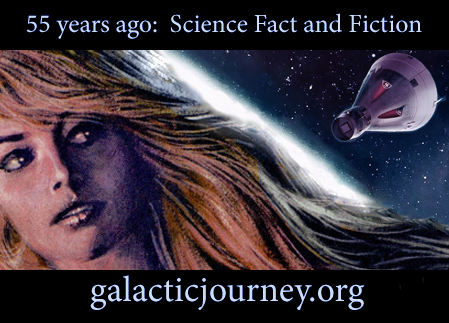 The work for which I’m possibly best known is my science fiction review site, Galactic Journey. Started in 2013, it’s got a unique gimmick: we all write on the science and science fiction of 55 years ago, day by day, as if we live in the time. In other words, it not a retrospective view; it’s in the moment. We do our best to keep a then-current perspective because viewing the past in context is important, though we occasionally throw winks to the modern audience.

Folks seem to like it. The Journey’s been nominated for the Hugo Award (the Oscars of science fiction) three times running. Perhaps a few thousand people are familiar with it (based on Twitter/Facebook numbers) and it’s got a few hundred regular readers.

In 2015, I started writing short SF stories with an eye toward publication in one of the many science fiction monthlies. After all, I covered the mags of 55 years prior, and since that was the way one broke into the business back then, that was the avenue that made the most sense to me.

It took three years to make my first sale, and five years before I made a pro-rates sale. I understand that’s a pretty common timeline. It takes time to learn how to write. I was also hampered by the fact that I didn’t and don’t read modern SF magazines; I simply don’t have time what with all the reading I have to do for The Journey. So I write whatever I feel like writing, and if it doesn’t mesh with what editors are looking for, oh well. Marie Vibbert, who is much more successful at having her stories published, has a great article on how to get into mags.

Nevertheless, some of my stories did get published, and even the stories that didn’t eventually got to the short list one place or another. As I produced, revised, and honed, I objectively became a decent writer.

Lesson 2: Persistence pays off. Don’t give up because of a savage rejection or because it seems to be taking too long to make it. Success comes in its own time, and it never comes to those who don’t do anything.

In 2018, I wrote Kitra. It just poured out of me, 1000 words a day, until it was all done. Then I gave it to a Beta reader. It had to be rewritten. I gave it to another Beta. Another rewrite. Then to a professional editor – lots of rewriting.

Lesson 3: You always need an editor. I don’t care if you’ve published 10,000 pieces and are the most acclaimed author in the world. If no one reviews your work but you before it goes live, it’s not going to be the best it could be.

When it was done, I did all the things you’re supposed to do with a book: pitch to agents, submit to publishing houses, participate in #pitmad. Yadah yadah. I got a lot of rejections, and the one publishing house that did want it didn’t inspire confidence.

Along the way, I discovered something about publishing from new friends who had “made it.” Folks with real contracts with “real” companies.

First and foremost, they’d busted their asses to get agents. It’s what you’re supposed to do. Agents are middle-men between the author and the outlets. Ideally, they provide productive feedback on a work, offer marketing suggestions, navigate legal contracts, and open doors that otherwise would have been closed. 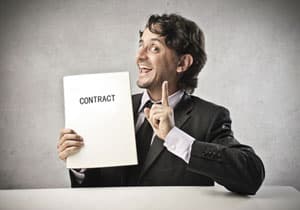 In reality, agents are this side of worthless.

Yes, I know that’s going to be an unpopular opinion. I don’t care. In my experience, agents are the literary equivalent of headhunters/recruiters. They don’t care about their clients, they offer negligible expertise (especially when it comes to legal contracts), and they’re only interested in “a sure thing” – someone whose writing will be broadly popular enough that it will be worth taking a cut from their profits.

“But I love my agent!” you cry. Great. You struck gold. I didn’t. Neither did my friends. What they got was rapacious publishing contracts that earned them a pittance up front, nothing on the back end, no real promotional support, and indifference (or outright hostility) from their agents when the authors had the affront to be unhappy about the result.

“But I love my publisher!” you object. Wait – does anyone actually say that? I mean, I hope folks say that about us, and some small presses have certainly earned loyalty, but the big companies? The ones that expect you to do your own promotion? That take three quarters of e-book sales even though it costs them nothing to distribute? That lack the flexibility to navigate the existential crisis that is 2020?

Lesson 4: Neither agents nor big-name publishers have your best interests at heart. They’re concerned about their bottom line, not yours. (And at the very least get a copyright lawyer to look over a contract before you sign it!)

In November 2018, I ran across A.J. Howells at Loscon. He told me how he’d wanted to publish a reissue of Fredric Brown’s The Office so he licensed the rights from Brown’s heir and formed his own little publishing company to do it, Makeshift Press.

I was gobsmacked. I mean, I knew that self-publishing was a thing – my friend Doug Richards (great, great guy) had made himself a millionaire using Amazon to sell his technothrillers, to the point that he didn’t take deals from traditional publishers because they’d amount to a pay cut – but making your own publishing house?

Turns out it’s actually pretty easy to do all the things you need to do to not just get your works out there, but to build a foundation that will improve the salability of your works. It’ll also allow you to publish other folks’ works (and even if you don’t care about publishing someone else’s works right now, there are reasons to buddy up). As this series goes on, I’ll tell you all the reasons why starting a small press might be the way to go for you, and how to navigate the process.

Anyway, back to November 2018. As I sat there listening to A.J. describing his journey, the wheels started turning around in my head. It made sense to me. After all, I’d been running businesses for years, and I’d spent years as a copywriter so I knew how to market. Heck! I didn’t need a publishing company to not make me any money. I could not make money all by myself!

And if things worked out, the money I did make would be all mine…

Beyond that, by 2018 I’d already established a name for myself. I’d been published. I’d gotten my first Hugo nom. I’d won the Serling Award in 2016. It seemed a natural outgrowth of Galactic Journey to make a publishing house dedicated to publishing science fiction. It made sense to call it Journey Press.

With that, we were on our way…

In the next installment of this series, I’ll talk about the nuts and bolts of establishing a small press. It’s not a path for everyone, but it’s not as hard as it sounds, especially if you have any experience in bookkeeping or operations. At the very least, I hope to give you the tools you need to determine whether starting a small press of your own is desirable, or even necessary, in your situation.

Until then, thanks for joining me for this series! I hope you find it useful.

← Launching in a pandemic
The Path to Publishing, Part 2: Distribution →

1 comment for “The Path to Publishing, Part 1: Sharing Our Story”